We have enjoyed another busy week in Form I. In English, we found out about a town in Germany called Hamelin, looking at Germany on the map and using Google. We disc0vered there once lived a man called the Pied Piper and there is even a statue of him in the town. We enjoyed listening to the story of The Pied Piper of Hamelin. Some of us then re-wrote the story using only six sentences in Shared Writing.

In Mathematics, we recalled how many symbols we knew and found out we know lots including add, subtract, equals, division and multiplication. We learnt two new signs including greater than and less than. We each had a number and worked in pairs to work out which one was the greater number and make our sign, which we pretended was a crocodile’s open mouth facing towards it. Have a look here!

In PSHCE, we talked more about friendships and how there can be arguments or conflicts within a friendship. We watched Bill and Owen talk about the sort of arguments they have and how they resolve them. We then had a go at solving some problems which we might come across. Can you read these problems and help the children to think of different solutions? We can’t wait to help each other in the playground!

In Science, we recalled the seven main types of materials. We then played Odd One Out, where we had three objects made of different materials and had to work out which one was the odd one out. We were very good at this by the end of the game, spotting small differences including a spice pot made from glass but with a plastic lid compared with all glass objects and a toy mouse made from wool compared with toys with fur fabric. We then had fun making up songs about different materials and performing them to our friends!

On Tuesday, we made a wish for snow this winter and wrote it on a snowflake for our winter tree. We really hope they come true!

In Mathematics, we counted in steps of 2, 5 and 10 using the 100 square. We then remembered how to work out how many tens and ones were in each number. We worked hard in small groups on this, finishing with a game of Basketball Place Value on Top Marks. Have a go at home here! https://www.topmarks.co.uk/learning-to-count/place-value-basketball

We rested our brains for fifteen minutes with Fernando the Silver Fox and Jamie with Cosmic Kids.

In English, we enjoyed watching The Pied Piper of Hamelin come to life on the smartboard. We decided to make a simple poster to remind the Mayor to keep his promises next time. We learnt a little about using a prefix ‘un’ to make a word mean the opposite, for example changing kind to unkind. We worked hard on our posters, remembering all of our writing rules. We were proud of everyone’s efforts and look forward to seeing our work on our classroom walls.

We finished the morning with a phonics recap, reminding ourselves of the ‘ck’ digraph which often comes at the end of words, such as duck, brick, sack and quack. We enjoyed playing Full Circle using the phoneme frames. We started off writing ‘sack’ followed by ten other words which had one or two different phonemes in them and finally ended with ‘sack’ again. At which point, we jumped up and shouted Full Circle!

In Art, we recapped how to weave and tried hard to finish our weaving independently. We’ve discovered it’s a really difficult skill, especially on a natural wood loom! We couldn’t believe people used to weave all day many years ago!

Wednesday was Games Wednesday. We loved playing simple board games with our friends.

In Mathematics, we learnt about different ways we can work out missing numbers. We can either look at the number before, after or even which number was above or below them on the 100 square. We hid a friend under the blanket and tried to work out which one was missing. Where did Mrs Matthews go? We had a go on our own filling in missing numbers to either 50 or 100.

In Phonics, we learnt about different ways we can write the ‘ie’ sound, including ‘y’, ‘i-e’ and the original ‘ie’.

We had a busy afternoon of PE, hitting balls with rackets, kicking balls into goals and rolling hoops. In French, we learnt about the French flag and other country’s flags and in Music, we continued to learnt the show songs. What a busy afternoon!

On Thursday morning we used our book of the week in English to try our grown up version of Comprehension again!  Mrs Weir had written some questions for us to read and find answers to in the story.  We are getting better each time we try to structure our answers using the words from the question or by using whole sentences instead of single word answers.

In Maths we took a good look at 2D and 3D shapes.  We worked really hard to describe the shapes using the correct vocabulary and we were also able to distinguish between a ‘flat’ or ‘fat’ shape!

In Geography we continued with our theme of ‘Maps’.  The girls were able to recall the countries and capital cities of the United Kingdom from last week.  We then moved on to earning about how to draw maps. The girls pretended they were flying in the classroom and drew their own map of the classroom!!  Mrs Weir was very impressed!

On Friday morning the girls enjoyed a session using the Ipads in the classroom.  They were using them to practice either doubles, number bonds to 10 or number bonds to 20!  They are becoming quicker at these sums and more accurate too!  Following this we had our weekly spelling test and Mrs Weir showed us the new spellings for next week.  We all had a try at spelling them on a whiteboard and we could already spell some words correctly!  After this we spent a while looking at letter formation and positioning on the line.  The girls were all very good at this and have promised to show these excellent skills in their writing going forward!

In Maths we were lucky enough to be joined by Mrs Chapman who helped some of the girls become even faster with their recall of bonds to 10, whilst the others were consolidating their 3D shape knowledge using everyday objects.  Before Music and Drama Mrs Weir helped the girls to learn some more of their songs and dances for the Junior Production which is now only two weeks away! Please ensure your daughter’s outfit of a plain red t-shirt, a pair of black leggings and some heart shaped deeley boppers is brought to school on Monday clearly named and in a named plastic bag.  Many thanks for your help organising the costumes!

We wish you a wonderful weekend and look forward to seeing you all next week!

"St Hilda’s provides a perfect mix of being kind and nurturing, whilst at the same time building the girls’ confidence and challenging them to do more and try new things.  Both our girls are very happy there and constantly surprise me with the breadth of activities they talk about doing at school."

"“Pupils’ attitudes to learning are outstanding.”

"I love the emphasis St Hilda’s places on an all round education. The opportunities for developing talents in music, art, public speaking and drama are fantastic. It’s wonderful to see the confidence of children grow."

© Copyright St Hilda's School 2022
School Website Design Innermedia
We use cookies on our website to give you the most relevant experience by remembering your preferences and repeat visits. By clicking “Accept All”, you consent to the use of ALL the cookies. However, you may visit "Cookie Settings" to provide a controlled consent.
Cookie SettingsReject AllAccept All
Manage consent

This website uses cookies to improve your experience while you navigate through the website. Out of these, the cookies that are categorized as necessary are stored on your browser as they are essential for the working of basic functionalities of the website. We also use third-party cookies that help us analyze and understand how you use this website. These cookies will be stored in your browser only with your consent. You also have the option to opt-out of these cookies. But opting out of some of these cookies may affect your browsing experience.
Necessary Always Enabled
Necessary cookies are absolutely essential for the website to function properly. These cookies ensure basic functionalities and security features of the website, anonymously.
Functional
Functional cookies help to perform certain functionalities like sharing the content of the website on social media platforms, collect feedbacks, and other third-party features.
Performance
Performance cookies are used to understand and analyze the key performance indexes of the website which helps in delivering a better user experience for the visitors.
Analytics
Analytical cookies are used to understand how visitors interact with the website. These cookies help provide information on metrics the number of visitors, bounce rate, traffic source, etc.
Advertisement
Advertisement cookies are used to provide visitors with relevant ads and marketing campaigns. These cookies track visitors across websites and collect information to provide customized ads.
Others
Other uncategorized cookies are those that are being analyzed and have not been classified into a category as yet.
SAVE & ACCEPT 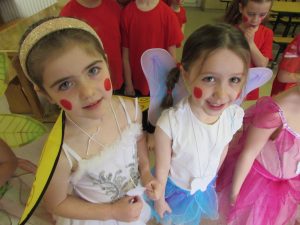 RECEPTION 2022 – LAST SPACES REMAINING
We have limited places remaining for Reception entry in September 2022.
If you would like to find out more about Reception at St Hilda’s, please contact our Admissions Officer via admissions@sthildasharpenden.co.uk or call us on 01582 712307.